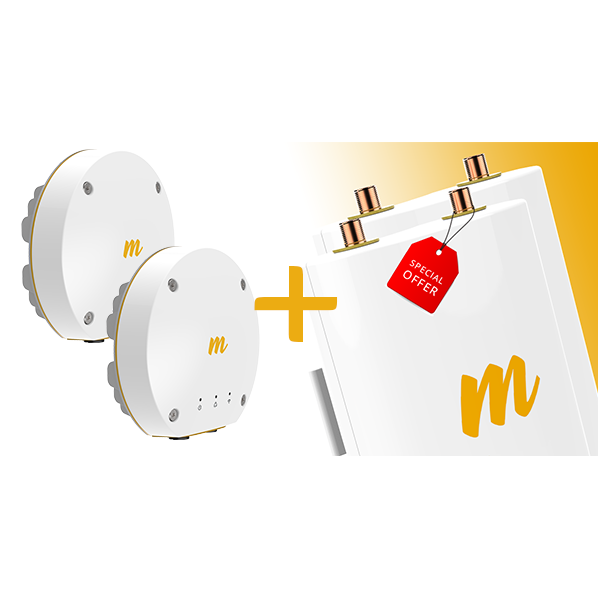 Mimosa's B11 backhaul radio is the ideal choice for fibre to wireless deployments. The radio boasts a single SFP port (module not included) for Gigabit fibre connectivity, though for deployments where fibre is not yet available, data can be inputted through the radio's Gigabit PoE ethernet port.

The B11 offers total PHY throughput of up to 1.5Gbps and has a latency of less than 1ms. Its built-in GPS Sync technology also allows for easy spectrum reuse at the deployment site. With its IP67 rating, the B11 is suitable for deployment in even the harshest natural environments.