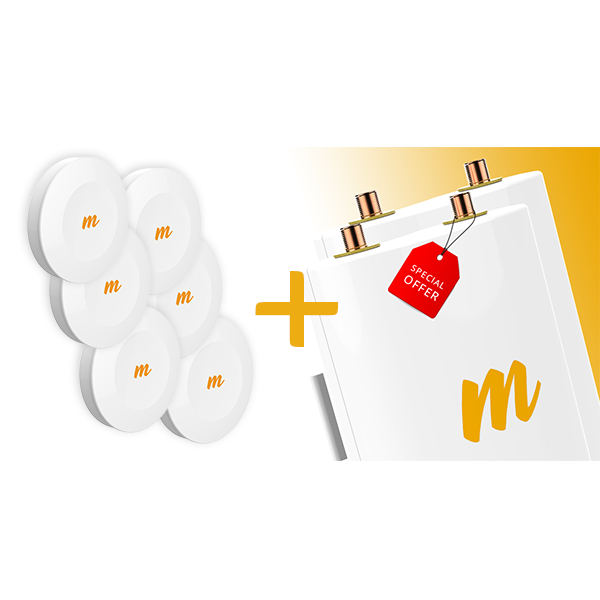 The Mimosa B5 Backhaul combines the new 802.11ac standard, 4x4:4 MIMO and radical engineering to provide the same capacity, speed and reliability as fibre cabling. Capable of up to 1.7 Gbps PHY (local regulations dependant) and highly reliable, the B5 is re-defining gigabit wireless technology. Using 2x 20MHz the Mimosa B5 is capable of 350 Mbps PHY and has a low 2 ms latency and an integrated dual-polarized antenna with 25 dBi of gain. Ready to handle the next wave of 5 GHz, the B5 is operational from 5150-5850 MHz.

Mimosa's Dual Link technology improves reliability by load balancing across two non-contiguous channels to avoid outages due to interference. If one channel experiences interference the radio maintains connection while simultaneously searching for new replacement channel. The Mimosa B5 offers constant spectrum analysis with historical and real-time data to dynamically make smarter decisions dynamically. The Auto Everything feature will automatically adjust frequency, channel width and power levels based on environmental feedback. This feature can be turned off for users that prefer more control.